Unfortunately the picture of the Wrestlemania collection above is not mine.  The Wrestlemania VHS collection came out sometime in the mid to late 90s.  At the time I was a teenager with barely any money.  I could not afford to buy the complete collection at once.  It was somewhere in the $200 range for all 13 tapes.  Even today I would have to budget specifically to be able to buy something that nice.

Instead, I had to build my collection one tape at a time.  This was back in the day before you could easily find anything online like you can today.

I remember every time I was in a different mall I would find the 1 or 2 record shops in that mall, then proceed to hunt through the tapes looking for a tape to add to my collection.

Over the next 4 years I had collected almost all of them.  I was missing Wrestlemania X and XII.  It was quite the fun hunt.  Once I had more than 8 of the tapes it became increasingly more difficult to find the missing tapes. 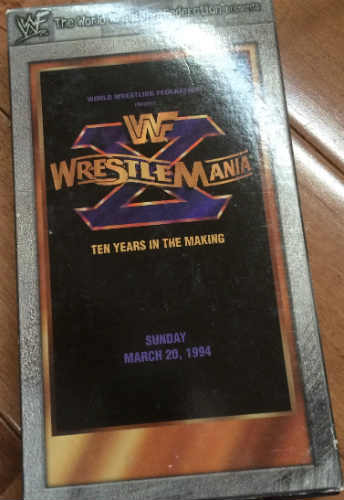 In early 2000 I finally gave up hunting and turned to the Internet.  More specifically E-Bay.  I only needed two more.  I quickly found Wrestlemania X and it wasn’t too busy an auction.  With Wrestlemania X the last “A” in the word Wrestlemania would be filled in and the logo would be complete.

To this day I still haven’t replaced the copy as is demonstrated in the picture of my Wrestlemania collection.  Maybe someday… 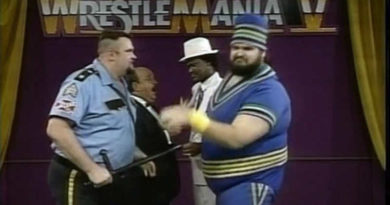